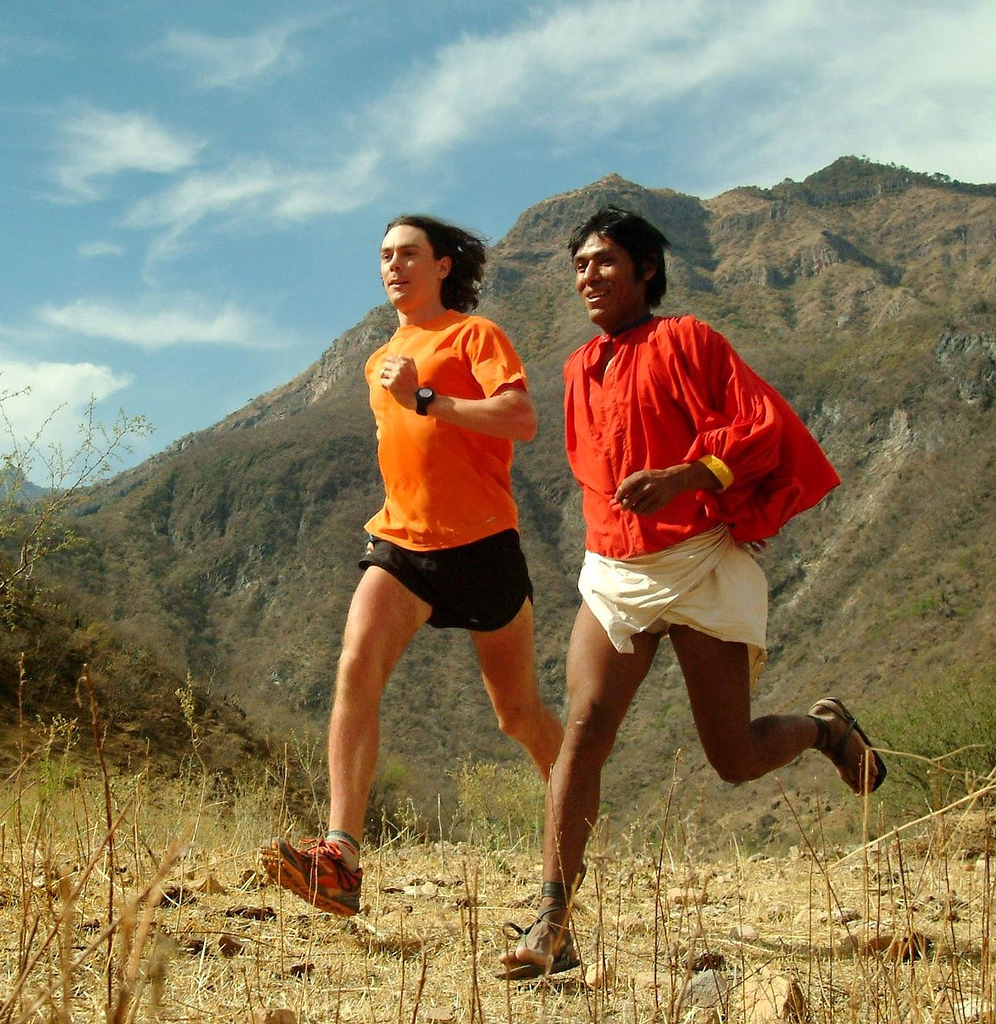 Will there be a film adaptation of Christopher McDougall’s bestseller Born to Run? There has been talk of it for years, with rumours that Jake Gyllenhaal was going to play a lead role, and that his step-brother Peter Sarsgaard (An Education, Garden State) would be in the directors chair.

If you’ve never read the book, here is an overview:

“Isolated by the most savage terrain in North America, the reclusive Tarahumara Indians of Mexico’s deadly Copper Canyons are custodians of a lost art. For centuries they have practiced techniques that allow them to run hundreds of miles without rest and chase down anything from a deer to an Olympic marathoner while enjoying every mile of it. Their superhuman talent is matched by uncanny health and serenity, leaving the Tarahumara immune to the diseases and strife that plague modern existence. With the help of Caballo Blanco, a mysterious loner who lives among the tribe, the author was able not only to uncover the secrets of the Tarahumara but also to find his own inner ultra-athlete, as he trained for the challenge of a lifetime: a fifty-mile race through the heart of Tarahumara country pitting the tribe against an odd band of Americans, including a star ultramarathoner, a beautiful young surfer, and a barefoot wonder.”

Have we been waiting in vain?

A simple Google search can yield thousands of results covering the possible adaptation, some dating as far back as July 2010. After years of waiting (in vain it seemed) there has been dwindling talk of the film, but this week, several online resources released information that McDougall had taken the reins instead of Sarsgaard:

McDougall told Relaxnews that the film adaptation negotiations have recently been “on the griddle,” with him taking on the project after finding Sarsgaard’s screenplay to be misguided. Sarsgaard also was hoping to make this project his directorial debut, but McDougall, who was excited about working with the “Jake/Peter combo,” said the working relationship with Sarsgaard has become acrimonious.

I would interpret this that it may be many, many years before we see anything come of this. Perhaps this story has been reignited in the media lately to help boost interest in McDougall’s new book.

McDougall adds that he is also working on a book project, “another adventure story.” While he won’t give away too many details, he said he is looking at how “natural movement played a pivotal role in resistance fighting in World War II.”