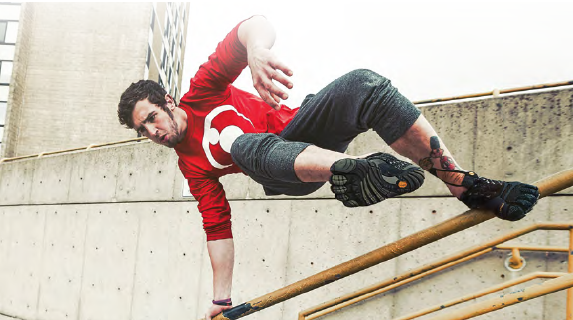 For the last four years, the Vibram FiveFingers KMD (formerly Komodo) Sport has been the go-to shoe for gym-goers. In 2015, the KMD Sport LS remains, but has a little brother; the KMD Evo.

According to Vibram, “The new KMD EVO defies gravity (and conventional wisdom), allowing athletes extraordinary freedom for dynamic movement both in the air and on the ground. For fitness fanatics without boundaries, the KMD EVO transcends traditional sport, making it the ideal leaping, climbing, balancing shoe for those seeking a minimal shoe experience with maximum flight potential.”

Available for both men and women

Whilst looking at the KMD Evo there is no doubt that this is an exceptionally high quality shoe. It looks as though it has taken inspiration from the Nike Flyknit, with the polyester filament upper, and is extremely comfortable and feels very breathable.

The shoe is noticeably heavier than other Vibrams, and the sole is the thickest ever seen on a pair of FiveFingers.

Vibram have definitely got the aesthetics right with this shoe. The KMD Evo looks so cool and features reflective print too.

The big turn-off is the price. These things ain’t cheap, and come with a hefty £180 RRP. As such, we believe the KMD Evo is a shoe for the purists only. Let’s hope they don’t make any more ridiculously priced shoes!! Back in September, Feetus.co.uk gave you an exclusive look at two other ‘Sneak Peaks’ of what you should expect to see from Vibram FiveFingers in 2014:

The shock retirement of the favourite KSO, which is being replaced by the KSO EVO, and, the introduction of the Bikila EVO; a cushioned update of the Bikila LS.

Now we bring you a look at the new Spyridon MR.

A History of the Spyridon

The Spyridon was first released by Vibram FiveFingers back in early 2012, first as a lace-only (LS) style, before releasing the Spyridon (Velcro option) later in 2012. Designed with trail runners in mind, the Spyridon found itself as the go-to ‘barefoot’ shoe for participants in mud races and obstacle events such as Tough Mudder.

It is therefore no surprise to learn that the ‘MR’ stands for ‘Mud Runner’.

Designed for the minimalist trail runner, the re-styled Spyridon MR, short for Mud Runner, offers a Vibram 3D Cocoon technology molded into the sole for lightweight protection. Speed laces and canvas fabric finish this sole off for a rugged and secure fit, while a 360 degree lug pattern offers grip in all directions, perfect for your next mud obstacle course or trail race.

Good question. And the answer is ‘not much’.

The Spyridon MR is being released (initially, at least) as a lace-only style and will feature Vibrams fantastic Speed lace system. The Velcro Spyridon is being completely retired.

There are no changes to the sole. The Spyridon MR has the same brilliant Vibram XS Trek Compound sole as the original Spyridon, with the ‘rock block’ nylon mesh. This is just a maximum sole thickness of just 4mm. Very minimalist. The rubber sole has a multi-directional quadrilateral pattern, thus providing a good degree of grip and range of motion.

The upper fabric is arguably the only difference. Whereas the Spyridon LS was made from  Coconut Active Carbon, the new Spyridon MR is constructed from a polyester fabric. The new look is arguably more ‘socially acceptable’. By this, I mean the design has been toned-down and is less garish.

As stated above, the Spyridon MR is (for the time being at least) going to be available as a lace-only style. The speed lacing system is a fantastic and very convenient way of lacing up in a flash. The short laces are made from memory wire, which helps them to remain in place as you fastened them. They then hold in place by securing the lace with a plastic toggle, and secured further with a small Velcro patch. Very neat indeed.

In the US, Vibram-wearers prefer to wear laces over Velcro by a ratio of 3:1. In the UK, we are the opposite, preferring Velcro over LS by the same ratio.

The MR has a polyurethane stitch-in footbed. Like the original Spyridon, this is not removable.

While the release of the Spyridon MR is not as exciting as the release of the KSO Evo, the Bikila EVO and the all-new Vyrid, it is still an important development. It shows Vibram FiveFingers have recognised the massive growth in popularity of obstacle mud races over the last couple of years, and are looking to capitalise on this by providing a shoe that not only copes well in the wet and muddy conditions, but also stays on your foot! (If you’ve never been to a mud obstacle event, you always see people leaving with just one shoe, as the other got lost in the mud!)

It is a shame to see the Velcro option removed, but the worst decision for me is that the UK won’t be getting the military green ‘khaki’ colour. Nevertheless, I am confident the Spyridon ‘Mud Runner’ will prove to be a big hit in 2014.

Bring on the mud.

Click here to see the other 2014 releases from Vibram FiveFingers 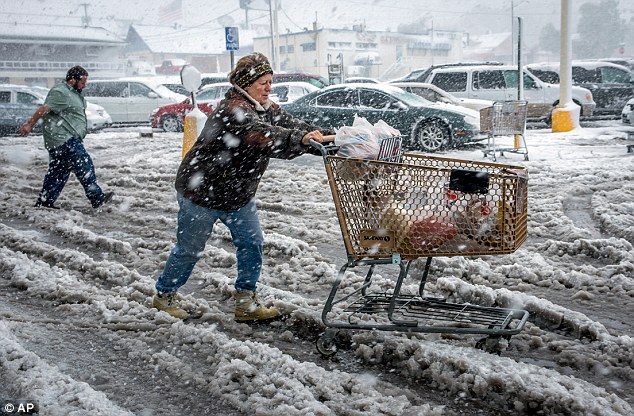 …So we’re giving the ladies 10% off this week! Use code: LADIESONLY at the checkout

The last two weeks have seen us ship out LOADS of orders around the country. Much more than normal, in fact. And we’re so grateful to all of our amazing customers who are helping us to continue to grow. We’re certainly becoming the go-to online store for Vibram FiveFingers.

The bestsellers of the last fortnight have been the Lontra, the Trek Sport, and the EL-X…

However, during this time, 9 out of 10 orders have been for men!!

This has had us scratching our heads. Do women decide not to run in winter? Do ladies hibernate? Do they choose to visit the gym only during the months March to October? Surely not!

That’s why, for the rest of this week only, we’ve decided to a LADIES ONLY discount (sorry gentlemen). Prove to us you still need your Vibram FiveFingers during the cold weather by ordering a pair today AND GET AN EXTRA 10% OFF by entering code: LADIESONLY at the checkout.

If you’re looking for a winter shoe, we recommend the Lontra, the Trek Sport, or the Spyridon.

If you’re after a gym shoe, look no further than the Komodo Sport.

If you want a new-for-2013 pair that are great for yoga, pilates, and indoor training, how about the Entrada or the Alitza?

And finally, if you’re just looking for a clearance-bargain, we recommend you click on the styles below and keep your fingers crossed we have your size available!

This sexist special offer is applicable only to ladies’ footwear and will only last until midnight this Friday (14th November 2013). So be quick.

CLICK HERE TO SEE THE FULL RANGE OF WOMEN’S VIBRAMS.