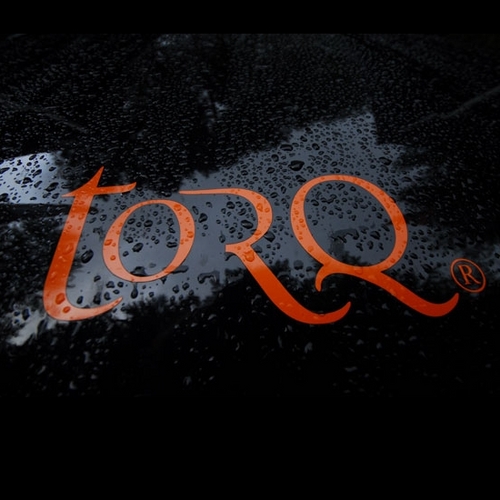 Question: How often do you get the chance to meet with a load of like-minded people, attend a presentation by a top ultra trail runner, trial a full range of the best sport nutrition on the market, and then take guided runs through some beautiful Shropshire trails?

Answer: Not very often (unless you’re a pro runner).

Well that’s exactly what Torq (in association with FreeStak) put together for a group of trail runners this weekend.

A Trail Team is (Almost) Born

This was billed originally as an ‘Assessment Day’ to help select a small group of amateur trail runners to form the inaugural Torq Trail Team. Not only would this team proudly represent Torq at events across the country and have a healthy supply for Torq goods at their disposal – but they would also be taken for a training holiday to cover the Ultra Trail du Mont Blanc (UTMB) circuit. Not bad eh?

The format of the day was very relaxed. After an hour of socialising, a brief introduction from the charismatic Simon and Julie from FreeStak, we received a fantastic presentation from Torq’s nutritional guru, Ben. It’s fair to say that we all learned an awful lot from what became an interactive session covering all aspects of ‘fuelling’ on the run. Don’t hit that wall!

We were then treated to a superb session with Stuart Mills. Thought-provoking, inspirational, controversial, and more… “Run as fast as you can, when you can”, “If you’re doing core work, you’re not doing enough running”. If you’ve never stumbled across Ultra Stu’s blog before, do it today, you won’t regret it!

Inspired and wired (on gels), we donned our running gear to hit the trails across the Long Mynd. Often surrounded by low cloud, battered by a side wind, and shin-deep in snow, we were distracted by great company and beautiful views. The only competitive aspect of the run was perhaps the rush for the showers at the end.

Sunday’s schedule was simple. You either ran a 2-hour circuit, or a 4-hour circuit, and your reward would be a well-earned hotpot in the hostel. The typical British weather did little to put the hardy group of trail runners off on what turned out to be an unforgettable day of running.

Torq and FreeStak have got big plans for this concept going forward, with plans for the next few years already being formulated. It’s fair to say that interest in this Trail Team will only grow, but who knows, if you stay up to date with Torq via their Facebook page; it could be YOU in 2014…

In the meantime, why not try out some of Torq’s amazing products?

Massive Thanks To (and links to their sites):

It’s also worth checking out some of the inspirational runners who attended the Torq TreamTeam assessment:

“It was raw emotion for me; all my heart and soul, sweat and tears, had been put into realizing this moment, and it almost happened too suddenly to take it all in. I’ve been a robotic state for most of the time since I started – in my own little bubble – and I think it’s going to take several days to snap out of it.”

Now, this is such a huge achievement, I think it is worthy of consideration for Sports Personality of the Year 2013!

This is an opportunity of a life-time for all you trail runners! Is it wrong to call it a trail runner’s wet dream? Perhaps, but please withhold judgement until you have read this:

TORQ is looking for runners who will join the TORQ Trail Team for 2013 and enjoy many of the benefits of a professional running team.
Anyone who is committed to running on the trails and exploring the outdoors – as well as their own limits – is encouraged to apply to be part of the team: this is not just for elite runners.
Those successful in being selected for the team will spend a year as part of the TORQ Trail Team, with many of the benefits usually only available to professional teams, including:

The sign-up process is easy. All you have to do is fill in a simple form, here: http://bit.ly/11mCShu

I first read this book back in 2009 whilst nursing a knee injury and trying to find a solution. Much of the content mirrors what Christopher McDougall covered in his bestseller Born to Run, and other subsequent running publications related to running performance.

He points out that no professional athletes compete in “overstuffed, wedge-heeled orthopaedic boots that most joggers wear”, and that “the difference between running in bare feet and in the typical jogging shoe can be up to 30 seconds a mile.” As such, Pirie always advised his trainees to wear the lightest shoe they could find. “These shoes” Pirie continues “should have the same amount of padding at the front under the toes as at the rear, with no wedged or flared heels.”

In Running Fast and Injury Free, Pirie’s advocated technique is not too dissimilar to the POSE Technique, or what is commonly regarded as the natural / barefoot style. He advises taking shorter steps (3-5 steps per second) as opposed to striding and heel-striking, which wastes energy on vertical movement of the body (Joggers ‘bobbing’ up and down). He also describes his collaboration with Adidas-founder Adolf ‘Adi’ Dassler on designing running shoes.

Pirie was a controversial character, and he doesn’t shy away from the odd controversial statement in this book. It is at times contradictory (“walking damages running”, then later adding he would add 4-hour walking sessions to his training. Yet ‘Running Fast and Injury Free’ is still an enjoyable read with some fantastic advice, and by taking heed of some of Pirie words you will probably cover more ground faster.

You can both read the book for free online, or download the PDF here: http://www.scribd.com/doc/13695/Gordon-Piries-Running-Fast-and-Injury-Fre