CQOTW2: Why Should I Buy Genuine Vibram FiveFingers?

Home CQOTW2: Why Should I Buy Genuine Vibram FiveFingers? 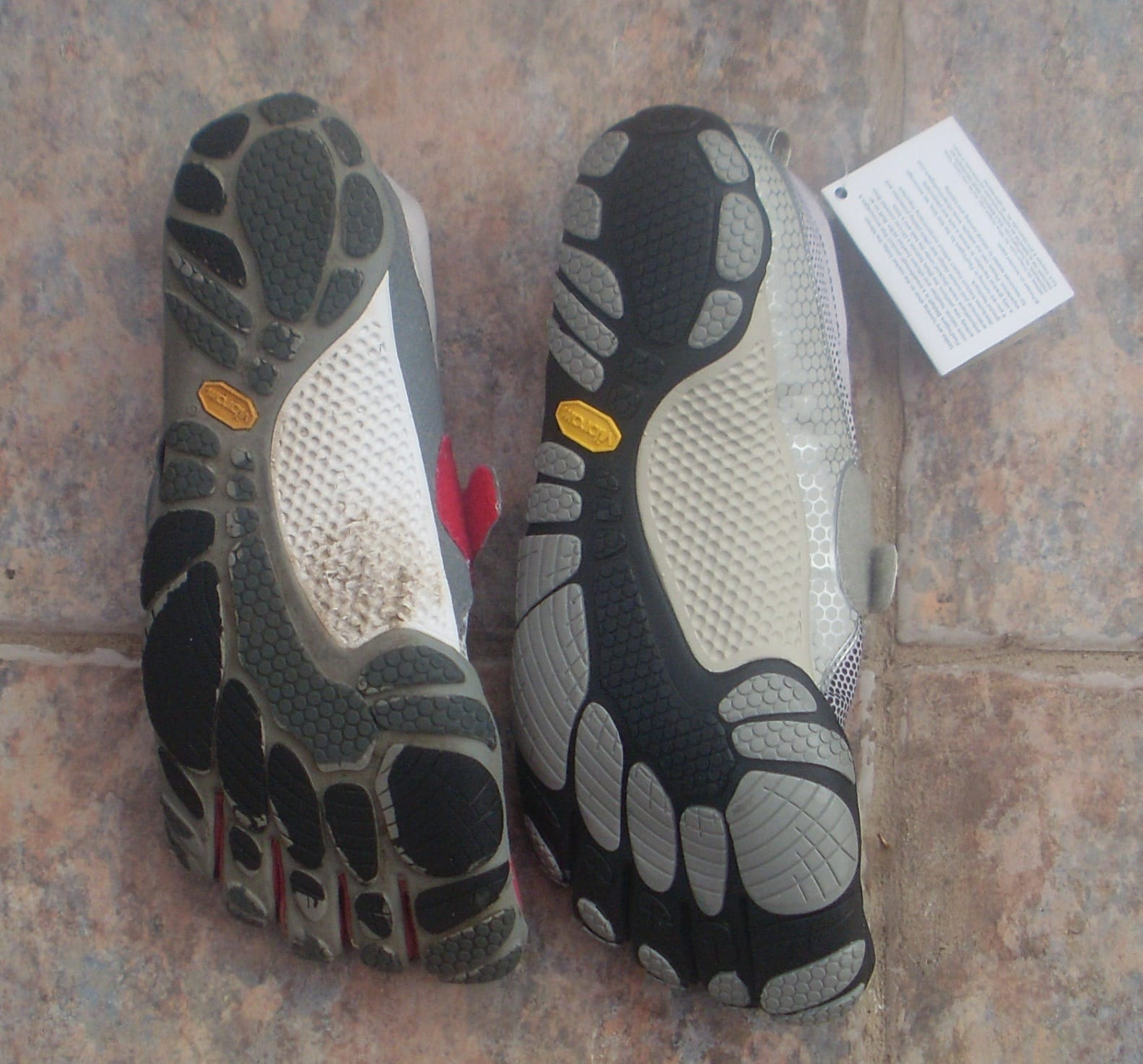 CQOTW: Why should I fork out for a pair of Genuine Vibram FiveFingers, when I can buy a Fake pair on Ebay?

This week’s ‘Customer Question of the Week’ came from a friend, and I too remember asking myself the same question several years ago whilst contemplating my second pair of Vibrams. It can be quite easy to forget that when you buy a pair of shoes – you’re actually investing in top materials; a product of many, many hours of research; a particular (not to mention consistent) fit – and not just something that looks good.

My Bin Bag Analogy: It won’t work out cheaper

Have you ever, whilst doing you weekly grocery shop, looked at bin bags? You pick up a roll of bin bags for £1.99 and say to yourself “blimey – that’s expensive – I only need them to put the rubbish out!” then notice you can get some ‘value’ bin bags for a fraction of the price, and you get twice as many. You put the £1.99 bags back on the shelf, and throw the cheaper ones in your trolley.

Later that week, you go to empty your bin, and what happens? The bin bag splits. You have to clean up all the mess. You vow never to use the cheap bin bags again and make your way back to the shop to opt for the bin bags you should have bought in the first place. It has cost you time, hassle, and money.

Don’t Make That Mistake With Your Vibrams

Back in early 2011, I picked up a pair of (Counterfeit!) Vibram FiveFingers Bikila on Ebay for around £45. I was really sceptical and expected the worst. Then they arrived. After waiting (a few weeks!!) for the package to arrive, I opened the mailing bag and was amazed to see what looked like a perfectly genuine Vibram FiveFingers box.

I opened up the box. The Bikilas were wrapped in tissue as normal. They looked and felt exactly like a genuine pair. I was surprised. A lot of fake Vibrams I’d seen on Ebay were dreadful! I thought I’d bagged a huge bargain and couldn’t wait to go for a run.

Although they seemed to fit perfectly normal, I could feel rubbing in various places. The stitching inside was clearly not Vibram-standard. And although the sole felt flexible, the shoes felt light, and they looked very smart – I didn’t enjoy running them at all. They felt awkward.

I returned home with sore feet. I peeled the shoes from my feet to reveal several areas of blistering, and the shoes were stained with blood from rubbing.

The biggest complaint was with the sole. Vibram make some of the best soles in the world. They are a household name, on the same level with the likes of Gore-Tex (waterproofing), YKK (zips!) and Lycra, and Vibram soles are extremely durable. This fake sole however, looked as though it had been put through a 500+ mile test! The colours had worn out and some of the midsole was very heavily worn! The shoes were absolutely useless!

Many of the fake styles available on Ebay are much, much worse. They come in unofficial colourways, some don’t look or fit anything like a genuine pair, and others don’t even arrive at your doorstep, even though you’ve paid for them!!

…Now You See The Relationship between a Bin Bag and FiveFingers

It cost me much more than it should have done. I paid for a counterfeit pair, and then (rather reluctantly) had to buy another pair (this time genuine). It served me right. I learned my lesson, and I hope you learn from my mistake.

See our previous CTOTW where we look at Vibram FiveFingers: Velcro vs Laces

Our full range of barefoot and minimalist running shoes

5 thoughts on “CQOTW2: Why Should I Buy Genuine Vibram FiveFingers?”