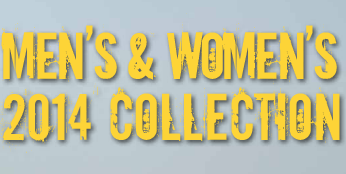 Our blog post a few weeks back we introduced you to the Bikila EVO, but we’re now able to shed a little more light on the specifics of the shoe, having seen these in the flesh.

The reaction to Vibram’s choice to introduce a shoe with cushioning surprised many of us. Hadn’t Vibram FiveFingers – the company regarded by many as ‘barefoot shoe makers’ – once told us that ‘You are the technology’, claiming that cushioning was not needed?

Anyway… Similar to the KSO, the ever-popular Bikila is disappearing, and instead we have the Bikila EVO: a slightly cushioned, lace-up shoe designed for mid-distance running. The sole is, by shoe manufacturing standards, minimalist, with a maximum sole thickness of 8.5mm, which includes the 6mm of EVA for cushioning, and Vibram Megagrip Rubber Pods for durability and grip.

The ‘redesigned’ shoe features a polyester mesh upper, and comes in a variety of bold colours, from a sure-fire winner black/yellow to the less-appealing-to-most orange/blue.

Here’s what Vibram have to say about the Bikila EVO

Medium distance running in a minimalist shoe can be challenging for new minimalist users. It takes time for your foot to adjust to an increasingly thinner level of sole. The Bikila EVO is a fully redesigned shoe built for those looking for a shoe that gives the benefits of going barefoot and that has slightly more cushion to offer more support on a medium distance road run. It is still thin, and gives you just a bit more so you can be confident making the switch.

One of the most obvious changes to the Bikila is the new sole, which comprises of 6mm EVA cushioning, nine strategically placed rubber sole pieces, and an EVA heel.

EVA is a lightweight material found in most running shoes. Its strength is that it is extremely lightweight and compresses under pressure, giving that cushioned feel. The downside of EVA is that it wears out very easily – and that’s why you see rubber placed over the top of the squidgy stuff on your sole.

For the Bikila EVO, much of the EVA is left exposed, yet the rubber sole pieces are placed over the high-wear zones of the sole: on each toe, three strips over forefoot, and covering the heel.

It appears Vibram have followed the trend set by other major shoe manufacturers by introducing what could be classed as a ‘transition shoe’, meaning, this shoe would be ideal for runners new to ‘barefoot running’ that are not yet ready to have their shoes stripped to the bare minimum.

Many barefoot purists will turn their back on this shoe, but I think it has its place. Although I love to run barefoot and wear Vibram FiveFingers – I still often opt for a minimalist shoe with a 4mm drop and some cushioning.

Many will argue that Vibram are moving away from the barefoot/minimalist roots – and I myself was fearing the worst. But having seen the Spring/Summer 2014 range in the flesh just this week, I would strongly disagree. This year’s EL-X for men, and the ladies’ Entrada and Alitza are as minimal as you’re bound to see. The trend continues with the new-for-2014 KSO EVO.

With an 8.5mm sole and zero-drop from heel to toe, the Bikila EVO is still very minimalist. It is in fact, just one millimetre thicker than the Trek sole, as featured on the super-seller Trek Sport and the new-for-2013 Trek Sport Sandal.

The decision to make the Velcro redundant will aggravate many in the UK. While in the US, the LS (lace) styles outsell Velcro styles 3:1, in the UK it is the opposite.

I won’t get chance to test the Bikila EVO until next year, but I am confident that this shoe will be a massive success. I expect barefoot-newcomers to enjoy the Bikila EVO, as well as mid-distance runners who enjoy just a bit more cushioning. The style will appeal to many too, so I’d expect gym-goers and Crossfit addicts to pounce on this.

Just because the Bikila EVO has more cushioning than its Vibram counterparts – don’t judge this shoe until you have tried it! You may just love it!