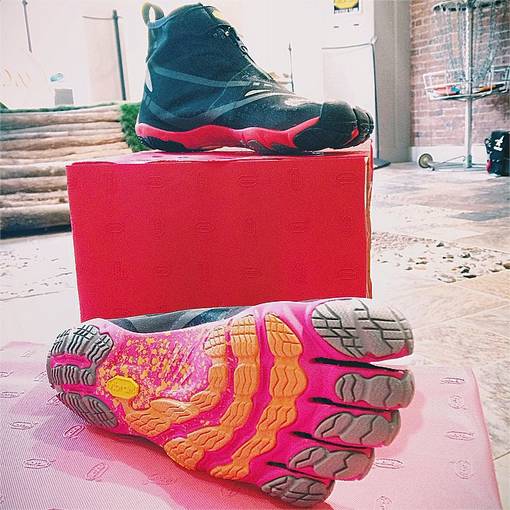 We released a Sneak-Peak of the Bikila Evo WP earlier this year, heaping praise on Vibram for FINALLY creating something waterproof. We were critical about it all too. Vibram had planned to release the shoe AFTER winter, and had also slapped a whopping £180 price tag on the shoe. Outrageous.

Influencing for the Better
Shortly after that article, we learned that Vibram decided to put more gusto in to the production of the Bikila Evo WP in a bid to release them BEFORE winter. Coincidentally, the RRP was also reduced to £150.

Now for the Good Bit

And as always – You’ll get these delivered for FREE (within the UK).
PLEASE NOTE: